Today she’s a research scientist working on significant challenges for Amazon Robotics, but it was a college class that proved fateful.

Ask any roboticist — they’ll tell you that, when it comes to robots, manipulating items can be technically challenging. In simply lifting a package, these end effectors or end-of-arm tools sometimes need to be able to compensate for varying weights, as well as detecting small differences in pressure and texture. Erica Aduh, a research scientist at Amazon Robotics, is tackling that very type of problem.

Aduh has had a long-standing interest in engineering — one that started in her childhood. Her first home was in Nigeria, but then she moved with her family to skyscraper heavy Dubai. “There is a huge variety of intricately constructed buildings,” she says. “I found myself being fascinated by not only their magnificence but also the calculations required to design and construct them.”

That fascination (and her love of math and physics), led Aduh to the US in 2010 to pursue mechanical engineering at the University of Pennsylvania. The Penn engineering department had two areas of interest for Aduh: product design and robotics. “I found myself incredibly interested in mechanical design,” says Aduh. There she built her portfolio and even started a product innovation club — one which several people in the engineering department ended up joining.

She got bit by the robotics bug after taking Intro to Robotics her sophomore year. The class focused on item manipulation, similar to the work she’s doing now. She found the subject absorbing. When she later took a class on mechatronics, she was drawn to robotics once again. “I poured so much time into that class because I was just so fascinated by it,” she says.

I knew there was something in robotics that I really wanted to get my hands and feet into.

After working on a series of smaller projects building different types of robots and having fun combining electrical, mechanical, and software, “I knew there was something in robotics that I really wanted to get my hands and feet into.” Her final project: Create a robot that could autonomously play hockey. “I just remember spending hours and hours and hours with my teammates in the lab — it was a blast,” she recalls.

Those late-night sessions pushed her towards robotics, which she then pursued as a master’s student, also at Penn. Her passion for research meant she faced the question of whether to continue on for a PhD. She was unsure, so when she landed a post-graduate internship at Amazon Robotics, she took it — and loved it. She worked with other interns on an exploratory project that allowed them to use what they had learned. “By the end of that internship, I was pretty sure I wanted to stay in the industry, instead of return to academia,” Aduh says. She joined Amazon as a mechanical engineer in early 2016.

After a couple of years, Aduh realized that her passion for research still burned: “While I really enjoyed my team and learned a lot, I realized I wanted to get back into research.”

So she started the transition, dropping into research team meetings, and taking on small tasks. “When I joined the manipulation research organization, I reported to Beth Marcus, who is fantastic and inspiring. She gave me the opportunity to explore a range of research topics and develop a focus within research. That was great because it was exactly what I needed to break into science research and grow as a scientist,” says Aduh.

Her other mentor, Andrew Marchese, taught her about modeling and simulation. “Andy is brilliant and skillful in just about every domain of robotics manipulation,” she said. “Having the opportunity to learn from him has been key and he is a major reason behind my transition into the science world.”

That transition has proved fruitful for Amazon. “Erica has a profound ability to advance understanding through methodical experimentation and careful analysis. She's continually breaking down ambiguous problems into testable hypotheses — a true embodiment of the scientific process,” says Marchese.

Aduh’s team is currently focused on advancing how robots transport and move packages.  She’s developing the analytical models for robotic item manipulation — that includes both physics and robotics system modeling. “That could be anywhere from physics calculations that describe a component of a robotic work-cell to programmed simulations that model the full robotic system,” she explains.

Working with her team, she develops those models within a simulation platform. She also works with a high-fidelity physics simulator, developing models there, too. “I also create simulations of my own to be able to answer high level business questions and communicate my findings to leaders and coworkers using white papers,” Aduh says.

That can take her out of the workcell systems and into the floor-level simulations, which can be used to examine how throughput is affected by one approach versus another. The ultimate goal is to reliably and safely get packages where they need to go.

Aduh writes her scripts in Python or MATLAB, since she’s just creating the models to describe systems, but she also sometimes applies her ideas to a real robot (both to develop intuition and validate her models). Though the COVID-19 pandemic precluded her from going into the office and working on real robots for much of 2020, she found an alternate approach. Her workaround: watching videos of the robots performing the specific movements she was working on to build intuition, and then to later use robots for the validation tests.

“The ability to go from a simulation to the real world is critical,” noted Parris Wellman, vice president of engineering and robotics at Amazon Robotics. “It has a significant impact both on our organization and its ability to put out really cool stuff. It allows us to take smart software engineers and scientists and let them learn how to do robotics without a lot of risk.”

For anyone interested in following in Aduh’s footsteps, she says finding good mentors has been “incredibly critical” to her success. “Through them, I was able to learn and get their feedback and thoughts on the correct approaches to use in ambiguous problems — they were just incredibly helpful,” she says.

Aduh’s creative way of attacking problems has also made her an asset to Amazon.

“Since I've known her, Erica has been drawn to really murky problems — areas the business wants to head, but where our technologies and/or solutions are unproven,” says Marchese. He says her ability to ask and answer hard questions “influences where our manipulation technology goes next. She's rigorous in her scientific exploration, but timely in her delivery of results.”

In addition to mentors, Aduh says it’s also important to be comfortable working outside what you already know. “Much of the time I feel as though I'm working on things that are outside of my comfort zone,” says Aduh. “And that's how I've been able to grow.” 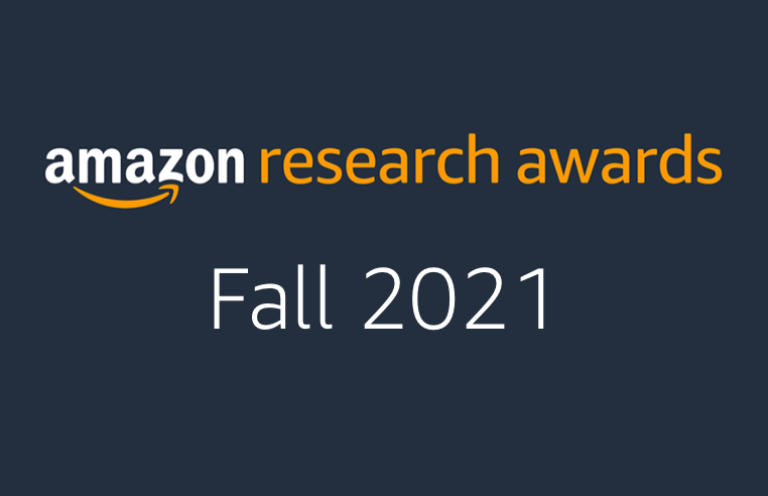